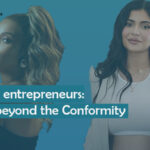 7 Female entrepreneurs: Going beyond the Conformity 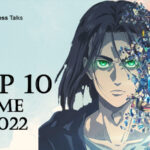 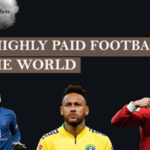 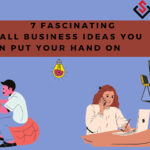 7 fascinating Small Business ideas you can put your hand on 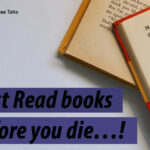 7 Must to Read books before you die…!

7 Must to Read books before you die…!

Books are our best friend. It takes us into the world of imagination. Books have the ability to takes us anywhere and everywhere in the world without even moving us from the cozy corners of our house.

Here, we present 7 Must to Read books before you die…!

Pride and prejudice (1813), a novel authored by Jane Austen, published in three volumes The novel listed under top ‘most loved’ books. It took ten months to the author to complete the novel. The book is in the form of a satire on the shallow class structures. Jane Austen remarked the novel as “her own darling child”. The 18th century depiction of England’s royal society has everything for a reader to get stunned. His amazing heroine, cast of characters, witty dialogue and a turning romantic plot binds you till the end.

It made you identify the real goodness behind the superficial personality of a person. Also, a lesson it teaches to the reader about the repercussions of hasty judgements with a message of don’t judge a book by its cover.

Written by a Brazilian author, Paulo Coelho the novel is a consider as a finest of novels, a real masterpiece. The book is so much of goodness, optimism and positivity which would for sure instill a faith in you for yourself. The book is more about self-discovery of a shepherd boy who in the search of worldly treasure gets something different, something satisfying he never thought or imagined to have. It teaches us to identify opportunities, listening to our hearts and follow our dreams. Highly recommended!

3. One hundred years of solitude

The book written by the Colombian writer Gabriel Garcia Marquez in 1967, is a tale of generations of Buendia family. It makes you familiar with the Colombian culture and its vivid history. Also, the story revolves around the few segments of civil war manifesting the ruthless nature of man and instill with a truth that war is not pretty at all.  Book is a beautiful piece of work which shows a real magical foundation of a town Macondo, certainly a utopian city. Along with it there are so much in the book which is more than enough for you to love this literary classic.

A book written by Afghan-American author Khaled Hosseini named as The Kite Runner, published in 2003. It’s a story of uproarious events happened in Afghanistan at a time of Soviet invasion which ended up on fall of Afghanistan Monarchy.  In addition, the exodus of refugees and the rise of Taliban regime in the country depicts the picture full of terror. The themes of extreme guilt and the melancholy are prominently demonstrated. But one must admit despite all the narratives framed, this book is more about the relationship between a father and a son. It’s a must read for all especially to those who has a keen interest in historical fiction and literary realism kind of genre.

Penned by the American author Tori Morrison in 1987. The story is all about the physical, emotional and spiritual devastation caused by slavery. The author used supernatural metaphors to describe the trauma of racism. The novel is awarded with Pulitzer Prize Fiction in 1988 and in 1987 it was a finalist for the National Book Award.

Tuesdays with Morrie is authored by Mitch Albom in 1987. The book shows an everlasting relationship between a professor (Morrie Schwartz) and his student (Mitch Albom). As Morrie’s days are numbered because of motor neuron disease, he gives Mitch very important life lessons. It’s a must to read, makes you realize the smallest of moments are more precious than the bigger ones. How to live a life to its fullest, the story answered the question beautifully.

7. To kill a Mocking Bird

Authored by the American author Harper Lee and published in 1960. It is known as a classic of modern American literature, won the Pultizer Prize. The novel assimilates the racial injustice and end of innocence. Author has raised serious issues like rape and racial exploitation but also imbibed warmth and humor. The book is broadly taught in schools of USA, with lessons of tolerance and denouncement of prejudice.