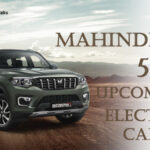 India is a hub of Entrepreneurs. It is a home of most notable billionaires. One of them is Gautam Adani, an Indian billionaire and a phenomenal business magnate, the man behind “The Adani Group”. It is a multinational conglomerate company having a headquarter in Ahmedabad, India. A 60 years old progressive businessman was once a young ambitious aspirant who had excellency and entrepreneurship running in his nerves.

Today he is a man who needs no introduction. Born in Ahmedabad, Gujrat, India in 1962 in a Bania family. He had no interest in academics and found his way in entrepreneurship. He dropped out of school in his teenage. His father was a textile merchant running a small business of his own and that’s from where Gautam Adani acquired the genes of entrepreneurship.

However, Gautam Adani had no interest in their family business. At the age of 18, he left Ahmedabad and moved to Mumbai to seek his fortune. The very first work he opt there was of a diamond sorter at Mahindra Brothers. In a short span of time, he established his own diamond brokerage business and eventually turned it into a massive success.

In 1981, he joined his brother and helping him out on his newly established business of plastics which was proved to be a gateway of Adani’s global trading because of imports of polyvinyl chloride.

In 1988, he put a foundation stone of Adani Exports Limited which is now known as Adani Enterprises. Initially the company was dealt with agricultural produces and power. The 1991 economic reforms, the liberalization policies were turned out to be in the favour of Adani’s and generate high profits and revenues which provide a favorable environment for the expansion of Adani Enterprises. After it, everything went smoothly for the Adani Group.

In 1993, the Government of Gujrat, opted for outsourcing of the Mundra Port and private companies were participated. Eventually Gautam Adani acquired the contract. Today it is well-known as a India’s largest private multi-port operator. Primarily, it was operated by Mundra Port & Special Economic Zone Limited and after the contract, it dwelt under the Adani Ports and Special Economic Zone Limited.

Adani Group has several subsidiaries, one of them is Adani Power. It was founded on 1996, recognized as an arm of Adani Group. It is the largest private thermal power producer in the country. It holds thermal power plants with a capacity of 4620 MW.

More interestingly, Adani Power is also the largest solar power producer of the country. In May 2020, Adani won the largest bid of US$6 Billion by the Solar Energy Corporation of India. Adani Green will take up 8000MW photovoltaic power plant project and 2000MW of additional solar cell and module capacities will establish by the Adani Solar.

In 2022, Adani Group has crossed the threshold of $200 billion market capitalization, becoming the third conglomerate of India to do so. There are seven major firms under Adani Group such as- Adani Power, Adani Green, Adani Total Gas, Adani Port, Adani Transmission, Adani Ent and Adani Wilmer. These firms are heavily contributed for the reach of $200 bn.

In May 2022, Adani acquired the Ambuja Cements and the subsidiary ACC at $10.5 billion from Holcim Group. Recently, Adanis announced the infusion of Rs.20,000 crore in Ambuja Cements through a preferential allotment of shares and it would further strengthen the balance sheets and capital requirements for enhancements, acquisition and investments purposes.

In August 2022, Adani Group was in headlines for acquiring the national news broadcaster NDTV. As a unit of Adani Group stated that it decided to buy RRPR holding, owner of 29.18% of NDTV. However, the deal become a part of controversy when NDTV officially declared that, deal was done “without discussion, consent & notice”.

Adani Group buy his stake from third party, even without informing the company’s founders- Radhika Roy and Prannoy Roy. Apart from it, what kept this news fueled, is the rising concerns about independence of Editorials as the closeness of Gautam Adani with the PM Shri Narendra Modi and Bhartiya Janta Party is easily traceable.

A great man knows how to earn money and where to spend it. One of the most viable routes of spending money is doing philanthropy. Doing something without expecting anything in return is the greatest gift you can give back to life. Gautam Adani has made major generous donations till now. He has its own Adani Foundation, which operates extensively in the states of Maharashtra, Rajasthan, Himachal Pradesh, Madhya Pradesh, Odisha and Chhattisgarh.

In 2020, he donated Rs.100 crore in PM Cares Fund, to fight against the coronavirus outbreak. Along with it, Rs.5 crore was donated to Gujrat CM Relief Fund and Rs.1 crore to the Maharashtra CM Relief Fund respectively. Also, Gautam Adani has made a commitment to donate to donate Rs.60,000 crore to social causes.

Gautam Adani is the richest person in India and also in Asia. Recently, he has become the 2nd wealthiest person on Earth. With a rise of $5.2 billion, a hike of 3.49 % in his net worth, he trailed French mogul Bernard Arnault and Amazon founder Jeff Bezos.